venture is a game of belonging outside belonging, taking traditional fantasy rpg archetypes and exploring them in a new way.

it's inspired by podcasts like all my fantasy children and friends at the table, which take traditional fantasy and work to make it something more by subverting tropes and telling new stories.

venture is currently v0.1, meaning it is only a playkit—you'll need to know the mechanics of belonging outside belonging games to use it. however, an update with instructions is coming very soon.

if you can’t afford the game right now, there are community copies below. one community copy is added to the pool for every game bought, and you can add additional copies with your purchase for $12 each.

In order to download this game you must purchase it at or above the minimum price of $300 USD. You will get access to the following files:

if you can't afford to pay for this game, feel free to take a community copy.

Um by the way your purchase button on this page says the game is $300!

It also says to not buy the game here and directs you to the 20 dollar version that also comes with Dungeon, the companion game

This game is special, heartfelt, and most importantly, true.

Reply
Ember and Ash3 years ago(+2)

This is the game I would use if I wanted to play D&D. It is much more compact in the rules and engages every player at the table due to the gm-full nature of Belonging-Outside-Belonging.

It's really cool! Are there any plans to add "pick up/trade" suggestions to the setting elements?

Excellent. For me, it's just to hold people's hands in terms of when they should let someone else take the reigns due to conflict of interest, but I get that not all players need that explicit direction on their sheet.

Bard has a typo saying spend a token on weak moves also.

All Bards Must Pay

Hi! Really like this, I haven't read DA/DA, but everything is so evocative and is presented and written in a way that gives a sense of direction such that I think I could run it anyway. The "you also play as" playbooks is the only part that stumps me, but it seems easy enough to houserule how to integrate them.

One nitpick on formatting, the Rouge playbook presents the "Lure" and "Ask Other Players" sections in the opposite order compared to all other playbooks. Or is this some piece of meta commentary on Rouges? :P

My favourite part was the Fighter playbook. The idea that their weapon could be something like "words that cut like knives" or "the force of [their] reputation" gave me a whole new way of perceiving the class.

Thanks for the great game!

thanks so much! the setting elements (the "you also play as" stuff) is basically a set of little guides for proto-gming, if that makes sense. like, you can use them to decide stuff about your world, and then when people are in scenes that involves those aspects of the world, someone not in the scene can pick it up and "play as" that element in the scene. i'll write more detailed stuff about it in the updated version.

thanks for the tip about the rogue, i'll fix that for the next version too! unless, of course, i can think of a good bs meta-commentary thing. i'll get back to you on that.

thanks so much about the fighter thing, that's one of my favorite bits too! the fighter was the second playbook i wrote after paladin, so writing that weapons section was kind of what made me realize that i could turn my idea into a whole game.

This is nice, but requires another game to play. Buyer beware.

I like this a lot! Can I suggest that you indicate that it requires Dream Apart/Dream Askew to play? I didn't realize it before buying.

oh my gosh, ,thank you! i added it to the twitter thread but i must've totally forgotten to add it here. wow. i feel so bad.

Don't feel bad, I actually didn't realize I hadn't bought the BOB games yet so it was a good reminder. XD

This is the most insightful and compelling game for D&D-style “adventure fantasy” currently on the market.

If you are interested in the tropes of D&D and associated digital RPGs and the parts of play that interest you are the humanity of the characters, their relationships to each other, and the ways they interact with communities and great forces of the world, this is the game you should be playing.

It will serve you far better and give you far more than either Dungeon World or D&D. 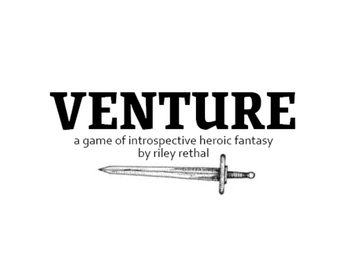